The arrival of summer signals that it is time to CLEAN UP AROUND YOUR HOME. This should be part of your own personal Plan To Survive!

This is when a wealth of rain falls supporting the growth of vegetation which eventually becomes fuel for fire. Gutter guards are a great way to help prevent damage to your home.

Check in your area for the schedule for controlled burn offs so that you will be ready. Bushfires or Fire Storms as they are also known, seem as if they are living breathing creatures which suck in oxygen and consume everything in their path.

These were started in February, 1997 by CFA Headquarters at Montrose Hall. We at Leafbusters were invited to put our system on display there.

I can remember this very specifically, because this was at the time we call twenty twenty-one. This was a fire that lasted for 2 days and destroyed most of Sassafras, Ferny Creek, Upwey, Kalorama and the greater part of Region 14.

Paul was my partner then and was part of the “Strike Team” to Mornington and left just a few hours earlier. I received the call from Olinda Comm’s (I had no idea that our mountain was ablaze because I was inside at the time) telling me “don’t worry — but!” This is never a good way to start a conversation and therefore, I nearly fell over.

Just as the other units did, Olinda stayed back. They could not inform me as to exactly where they were, but it was somewhere in Ferny Creek. Although I listened intently to my DFA scanner, I was unable to pick up Comm’s from Olinda Pumpers or Tankers.

Most upsetting was when the telephone communications did not come. The entire world was paying attention, but those of us on the mountain were unable to communicate.

I drove myself to the Olinda CFA station to ask if I could do anything. I was told to go to Cuckoo and from there I could get rolls and bread along with cold meats to distribute to the men fighting the fire. All the businesses voluntarily gave food and drink and other items to help. We knew our boys were out there, but where.

The entire area began to look and feel as if it was a war zone. There was no traffic allowed to go up and down the mountain. Fire units were everywhere. We were sent strike teams by the CFA! Even civilians along with cement trucks enlisted to bring water up the mountain. Elvis and other smaller choppers were flying around.

Apart from the sound of the fire, everything was still. It smelled terrible and smoky grey filled the sky. There were no sounds from birds or animals because they had all left. We were left with the stillness surrounding us and that awful FEAR. It was mostly fear for the men we knew.

Three people were found dead at Ferny Creek right where they died—under their home.

Day 2 — that day as Olinda fought the fire at Ferny Creek, the wind direction changed. It is only possible for our men to fight the fires from behind and at that moment the Captain yelled for them to BUG OUT QUICK. Unable to roll the hose back into the truck, they cut them instead.

The fire was now on its way to Olinda—to their homes where their wives, girlfriends and kids were waiting!!!!

A Stroke Of Luck

Fortunately the weather then changed again. At first it was spitting rain, and then it started drizzling. Finally, our boys had a fighting chance!!!! February 20th and 21st 1997, the rain saved us all!

Even at that, the insides of big, thick logs continued to burn. These had to be hosed until the fires went out, and it took days and days to get it all mopped up.

The Expo had been planned months in advance, but took place just a few days after the fire. It turned out to be a very sad event. PLAN TO SURVIVE — you will learn how to reduce the risk of fire by reducing the fuel build up around your house. Everything you do will have a huge impact on preventing fires and saving your home from being burned.

A major area to consider is the gutters. Gutters should be kept clear of leaf debris. By installing Leafbusters gutter guards, you will have clear gutters. This is important for those days when fire erupts in your area because that is no time to start cleaning your gutters. You must be vigilant and always cautious about embers that can land on your home.

Embers are notorious for flying up ahead of or several kilometres behind fires.

When your gutters are filled with debris, this becomes kindling and fuel for fire. Embers landing there can ignite a fire. As the fire burns it travels from the gutters going under the tiles or metal on your roof. It can smoulder for hours without you being aware of it. Once the smoke becomes visible, it is often too late to do anything about it.

Fires are just part of the nature of Australia and we cannot stop them. Without them, the natural flora will not regenerate. This is something we have learned to live with.

Nevertheless, there are some things you can do to prevent becoming a victim. Get a CFA scanner and use it, clean up and call Leafbusters to install a fire rated system to your gutters and roof.

Come to the Emerald Fire Expo on 24th November at Emerald Hall from 10 to 3. There you will have the opportunity to say g’day to the volunteers who are true HEROES. Take a look at Pumpers, Tankers, Elvis’s, small choppers, Mica, Police Fire Units, and a ton of others. Yes, the kids will be able to climb around on the fire trucks.

We’ll see you there. 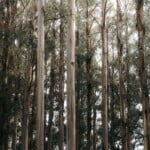 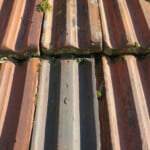 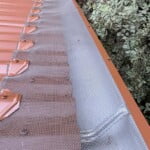 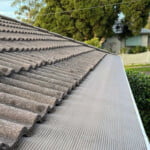 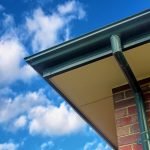 The Benefits of Using Gutter Protection at Home
May 11, 2016

Living in a 2 storey house the annual job of gutter cleaning was difficult and somewhat dangerous. Thankfully Leafbusters has put an end to all that. A Great Product!

We sing Leafbusters' praise to our friends and acquaintances at every chance. Many thanks for a great product and very professional installation.

Protect your asset, and save time & money with Leafbusters!